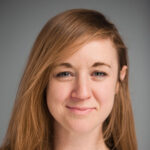 CASEY TURNER (Production Manager) is an actor, VO artist, and producer in Portland, Maine. In various producing roles, Casey has worked on documentary specials and series for History Channel, Smithsonian Channel, Animal Planet and PBS. Casey began working in audio as an actor in LOCKE & KEY and the X-FILES. She became a regular part of the MEP production team after Associate Producing HOMEFRONT with Kate Mulgrew and Zachary Quinto. Casey is thrilled, humbled and eager to help carry on the Mind’s Eye legacy! 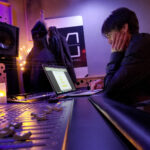 FRED GREENHALGH (Business Manager) has been producing radio plays since 2006, when he took techniques learned from film school and applied them to the audio craft. His award-winning shows have been featured in the Wall Street Journal, The Guardian, BBC Radio 4, NPR and numerous regional publications. Greenhalgh has worked extensively in both location-recorded audio productions, as well as elaborate studio recordings.

In addition to their work with Mind’s Eye Productions, Bill and Fred manage their own high-end audio drama production company, Dagaz Media. 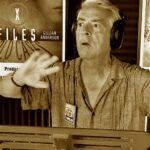 WILLIAM DUFRIS (founder) began his audio career in London, where he shared the mic with Kathleen Turner, Sharon Gless, Stockard Channing, Helena Bonham-Carter, and worked with legendary director Dirk Maggs on productions of SPIDERMAN and JUDGE DREDD for the BBC. He’s also the original voice of BOB THE BUILDER.

After returning the United States in the 1990s, Dufris founded his Mind’s Eye Productions and has produced over 2,000 book titles for major publishers, as well as dozens of independently funded audio dramas.

William passed in March, 2020, after a battle with cancer. Learn more about his life and legacy on our tribute to William Dufris page.